The Bird Party was painted on the wall of the Y&E Market at 677 NW Wade St. in Estacada, OR. It is a joyous and whimsical reflection of the natural environment of the new Wade Creek Park and Library complex, which is centered around a half acre pond with a fine population of Canada geese, great blue herons and a variety of duck species. In addition to creating a sense of celebration of native habitat and fauna, the mural has an educational component in that it depicts native bird species in poses that show the varied markings, forms and colorations.

The Y & E Market burned down in 2007. Artback artist Joe Cotter went to the burning building and convinced the firefighters to continuously wet down the mural, informing them that the acrylic paint was plastic and could survive water but not fire. The mural was saved, and then installed on a free-standing structure at Wade Creek Park paid with Estacada's Percent-for-Art monies. See the burning building and mural below. 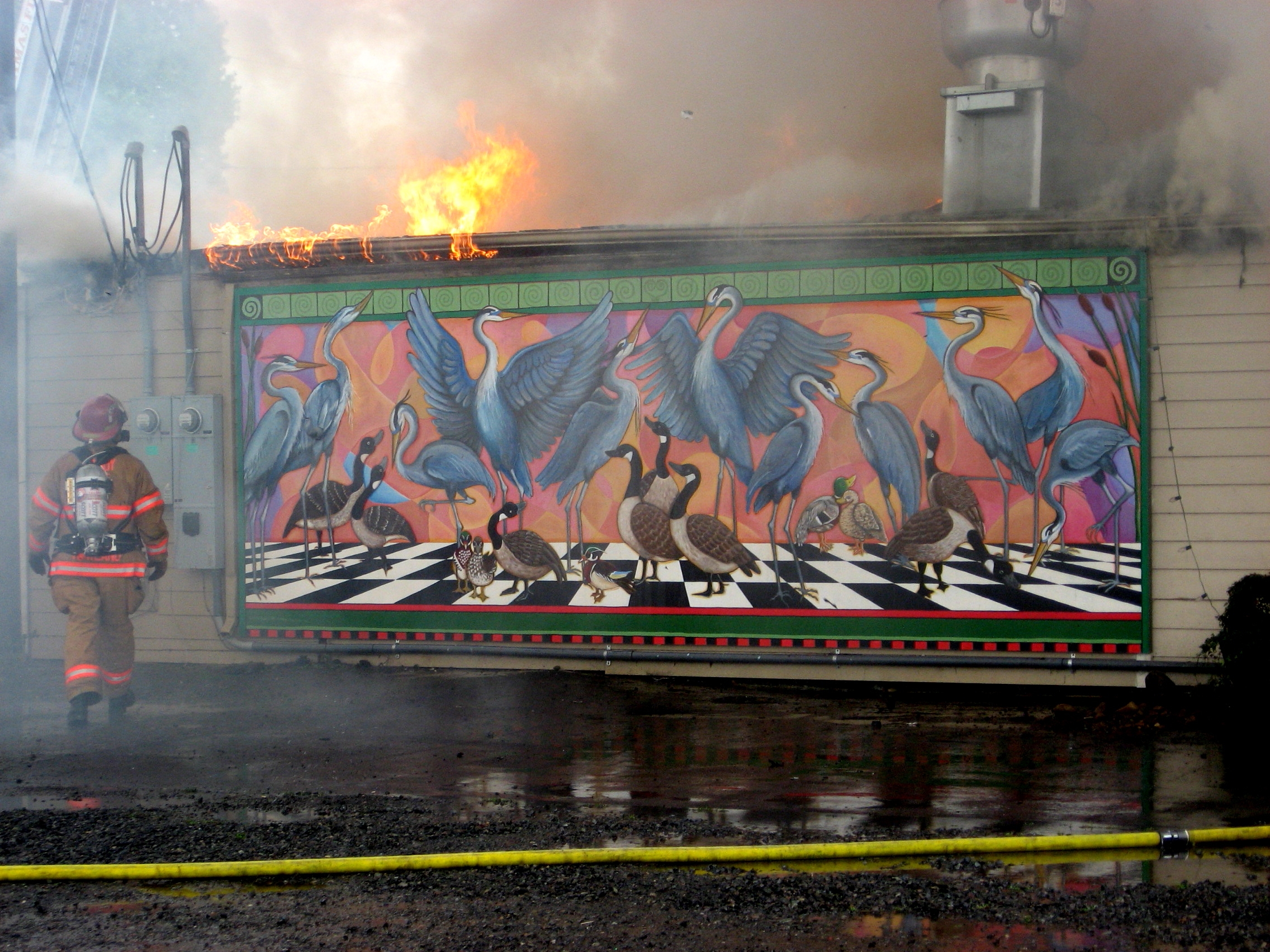 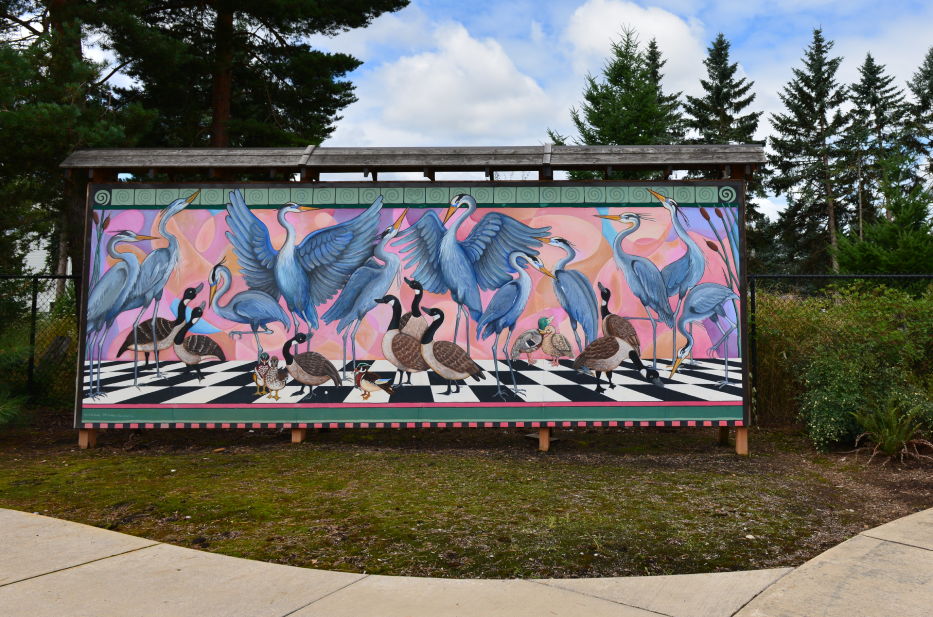 July 22nd- 24th 2022
Estacada Summer Celebration
The Estacada Summer Celebration takes place every year on the fourth weekend in July
Learn more→
Summer 2022
Lead Artist Reeva Wortel in collaboration with the Latinx community are creating the 2022 mural to celebrate the diversity of Estacada!
Learn more→
Self Guided Tour
Check out the Artback walking tour and explore the many unique murals that make Estacada so special
View walking tour →
The Artback
PO Box 4
Estacada, OR
97023